Google recently announced that it will be sunsetting one of the original Google Ads metrics: Average Position. This decision is in line with Google’s overall initiative to automate as much of the marketing process as possible. Although Google continues to prioritize optimization, will information be lost with the retirement of the average position metric?

Average position is now an outdated metric due to Google’s updated algorithm. Average position no longer indicates the physical position in which the ad was shown, but the position of the ad in comparison to the other ads being shown. For example, the average position of an ad may be one but that only indicates that it was the first ad shown based on the search terms. This does not necessarily indicate that the ad was shown at the top of the page and above organic results. Google’s algorithm only awards ads the absolute top position if it meets a certain relevance threshold. As you can see in the screenshot below, there is only one ad on the SERP before the organic results. This means that the ad shown at the bottom of the page is still considered to be in the second position, but is not seen immediately by users. Holding the second position above the organic search results is much different from holding the second position below the organic results. Unfortunately, the Average Position metric does not indicate the difference between the two. 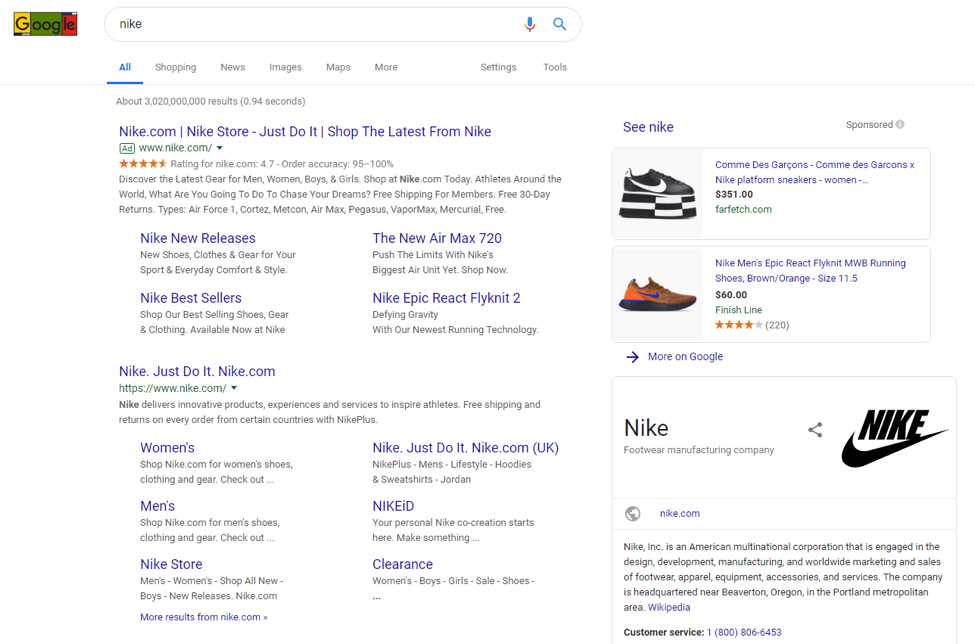 In reality, the only aspect that average position indicates is your auction rank. Because average position does not necessarily indicate position on the search engine results page, it can mislead clients and cause inaccurate reporting.

Although average position is being retired, Google isn’t hanging us out to dry. Multiple metrics have been designed to better inform marketers on what they are truly interested in, which is whether their ads are being shown in places that could drive more business. Four new paid search marketing metrics will be supporting this goal:

So how do these metrics replace and improve the average position metric?

Impression (Absolute Top) % indicates the percent of ad impressions in which the ad is shown in the first position on the results page. Absolute Top is the first ad shown above the organic search results.

Impression (Top) % calculates the percent of impressions when the ad is shown in any position above the organic search results.

While much of this change may seem like semantics, the important takeaway for clients and business owners is data accuracy in an increasingly obscure digital world. These four new metrics will provide businesses with greater insight into which ads had priority visibility whereas which may have fallen short. This will help businesses create more informed decisions on which keywords to optimize for and which to pause.

While we’ll be sad to see the Google Average Position metric go, you can rest easy knowing that we won’t be losing any information in our reports and analyses due to Google sunsetting it.

Will your campaigns be impacted by this? Will there be a void where Google’s Average Position used to be? Learn how Saltwater Collective can help.